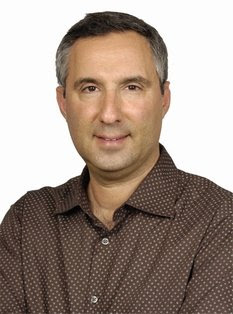 Jon Heyman - CBS
So, all this talk about the Nationals being a front-runner in the Prince Fielder bidding is making me sick. Not so much that people are just spewing out random thoughts and the rest of the world is diving on their words like they were straight from God, (or Boras) but more the fact that some of these rumors are the most absurd things you would ever hear.

First you have Buster Olney. Understandably a well respected baseball guy so I get why people would listen to him, but he was just reiterating a rumor that existed about the Nats and Fielder. He did not originate the rumor. People acted as though he was the originator.

Then there is Jon Heyman, who I've grown a serious distrust for over the past couple months. Heyman's supposed sources I am led to believe are the neighborhood kids that trade baseball cards. Last month Fielder was the favorite in Chicago. Heyman said a friend of Fielder told him that Chicago was the favorite. This week it is the Nationals because a player for the Nats told him so. Interesting considering that the GM for the Nats, Mike Rizzo has been consistant in saying all along that the Nats are not in the mix barring a miracle in Fielder's price tag.

Amanda Comak of the Washington Times stated that very same fact. Rizzo's stance on Fielder remains the same. Adam Laroche will be their first baseman. As stated here on MLBTradeRumors.com

So, Heyman is off his rocker in trying to throw rumors out there that are in direct opposition to what the GM has stated. Rizzo also stated that his club is always listed as a suitor when it involves Boras' clients, and that is not always the case. The Orioles GM stated the very same thing last week and said he didn't want to be a reason why another team pays a higher price tag. I'm curious to know if Heyman is always behind these rumors.

I am beginning to believe that if Heyman's sources are not the neighborhood boys that the only other option is that Scott Boras is using him as a means to drive up the market. Just saying. SodoJoe
Written By: Joe Henrickson at 2:56 PM