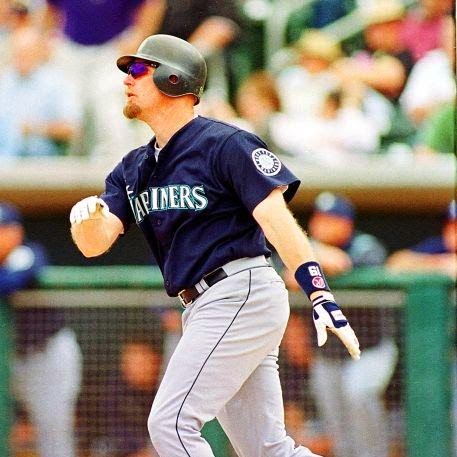 Throughout the offseason and still, on occasion this spring, there has been whispers about the death of the power hitter in baseball. Unfortunately, it got me thinking and, inevitably, down the rabbit hole that is baseball statistics. Speaking of which, a big thank you goes to Baseball Reference for providing the stats I needed and not making it too much of a nightmare to find it all.

I came in to this not really expecting anything. The possibility was there that the power era was ending and the new gap power and speed era was beginning. To sum up the process, I started in 1901 and went through 2013.  I used 30 home runs or more as the basis of a power hitter, which is partly my own personal bias. To me, 25 home runs is indicative of a hitter with power, but not a pure power hitter. I took the number of players with 30+ home runs in a season, the total number of home runs by all players, overall home runs per game for MLB and the percentage of home runs those players contributed that year (home runs of 30+ player/total home runs hit that season). It does not take in to account ballparks, but the numbers are based on all teams and all players rather than a strict comparison of specific players. With any luck, it doesn't make me look like a complete dunce. To make up for it, I also have some pretty graphs thrown in for visual aids. Shall we begin?

For the most part, the trend for home runs in major league baseball as a whole has been a steady climb.  1918 checked in at the bottom with 235 home runs hit that year while year 2000 laughed itself into a coma with 5693. That may not, in and of itself, be surprising. In fact, its downright yawn inducing. The surprise comes from the almost predictable nature of the climb over the last 113 years. Several exceptions over the course of this time are World War 1, World War 2, 1968's "Year of the Pitcher" and the 1981 players' strike. Beginning with the year 1996, home runs disembarked from the steady escalator climb and stowed away on the space shuttle. After the record year of 2000, home runs have stopped its climb and is slowly heading back toward earth. Given the trend, 2013's power output would be where one would have expected it to be before the shuttle ride. And by the way, MLB started minor league steroid testing in 2001. On August 30, 2002, MLB and the union announced the Joint Drug Prevention and Treatment Program addendum to the basic agreement. Now as promised, a graph!

Since the end of the 80's, the number of players that hit for power was a little more than twice that of any other decade. Well, now we're getting somewhere. For more pretty colors, here's the graph for 30+ HR players.

In 1961, Roger Maris hit 61 home runs. In 1927, Babe Ruth hit 60 home runs, which was more than all but 3 major league TEAMS that year. Hank Aaron hit 755 home runs in a career that started in 1954 and ended in 1976. Ken Griffey Jr., Jim Thome, Frank Thomas are recent bombers. Albert Pujols, David Ortiz, Miguel Cabrera current bombers. Bryce Harper, Mike Trout, Paul Goldschmidt future bombers. While its apparent that power hitters are on the decline, it appears to be more a return to normalcy than the supposed death that has been mentioned. Comparing the inflated numbers of the middle of the steroid era to where we're at now without any kind of historical context borders on irresponsible. 2013 may have been a slightly down year before '96, but because of the hyper-inflation brought about by hyper-inflated human beings, our expectations are skewed to a ridiculous degree. Since stats are where its at, we'll end on this: 2010 had 18 players with 30+, 2011 had 24, 2012 had 27, 2013 had 14. Before '96, the highest in any previous season since 1901 was 28 in 1981. Let's not take 2013 completely out of context and panic because there was only 14 players that hit for power. When put into perspective, 2013 was downright average.
Written By: Unknown at 1:06 PM